I was listening to a podcast by AbilityNet in the UK the other day and liked what they were doing so I sent them a note on Twitter suggesting that their community might find the developments in Drupal interesting.  I got into a conversation with them and ended up producing an MP3 with the following introduction to Drupal 7.  After Drupal 7 is released we'll have to do a piece highlighting all the pieces that got in, but for now this is a good introduction.

Looking at the right end of the problem

The Internet is an increasingly important tool for citizens around the world.  There are millions of websites and most of them have challenges for people with disabilities. In seeking to resolve this problem, the majority of efforts have focused on education and site specific enhancements. Although both of these are important, for widespread adoption the default needs to be that sites  simply are more accessible from the start.  In a world where most websites are produced by some form of content management system, there is an opportunity to focus on these core tools rather than on the individual sites that result from them.

OpenConcept Consulting is a Drupal development shop and an active member of the free software community.  We saw an opportunity to influence one of the largest open source content management systems on the Internet. Knowing that we could introduce best practices to this code base, we began hunting for accessibility challenges.  Making Drupal's code more accessible would mean that thousands of sites would become better without even being aware of it.

I first became interested in accessibility through my friends, some of which are heavily involved in the disability rights community. I have grown to appreciate many of the larger political struggles that they are fighting for. Despite this my involvement in web accessibility is still quite new.  I only really started looking at this issue in 2008 by investigating issues with Drupal 6's themes & modules.  I had some early successes that were applied to Drupal 6 and spent a lot of time learning about challenges that people face using the web.  I've learned that there are many perspectives on web accessibility and how much old outdated content on this topic is still sitting on the Internet.  I've also been able to reach out to many other Drupal developers and we have built up a small community to discuss, evaluate & propose solutions.

Taking on the challenge of addressing Drupal 7

It became clear though, that for any deeper changes to be made they had to be done in the development version of Drupal.  Early in 2009 we looked ahead at Drupal 7's code freeze in the fall and saw that there was a window to bring more accessibility into this great CMS.  As part of this process we hired Everett Zufelt, a blind web developer, to work on evaluating Drupal 7 full time.  In working through installation, administration, debugging & development, we were able to propose a long list of issues & patches for improvement.  We also worked with the core developers to increase understanding about accessibility issues and why they are important to the whole Drupal project.  Fortunately Drupal's accessibility community was able to raise the profile of this issue and we have seen accessibility rise to one of the core evaluation criteria for Drupal 7 along with usability, performance and security.

In the past year the following enhancements have been built into Drupal 7:

It's a long journey

Unfortunately, although we've made a number of important changes in the core of Drupal 7, there is still a great deal more work to do.  There will be thousands of modules developed for Drupal 7, any of which could degrade the accessibility of an individual site.  A theme or module developed without attention to accessibility can undo much of the hard work that has gone into this initiative.  There will need to be continued evaluation and education with designers & developers in the Drupal community.  Fortunately, there are a lot of people interested in doing this work, presenting at Drupal Conferences, organizing sessions at DrupalCamps or just posting issues when problems arise.

None of the enhancements that I've talked about could have been made without a supportive developer community and several key individuals which have contributed considerable time and expertise over the last year.

We hope you try Drupal 7 in 2010 when the stable version is finally released.  For more information see http://groups.drupal.org/accessibility 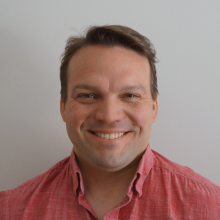 What You Need to Know Before a Techie Leaves
Drupal Accessibility as an Example
Great Things About Drupal 6.0